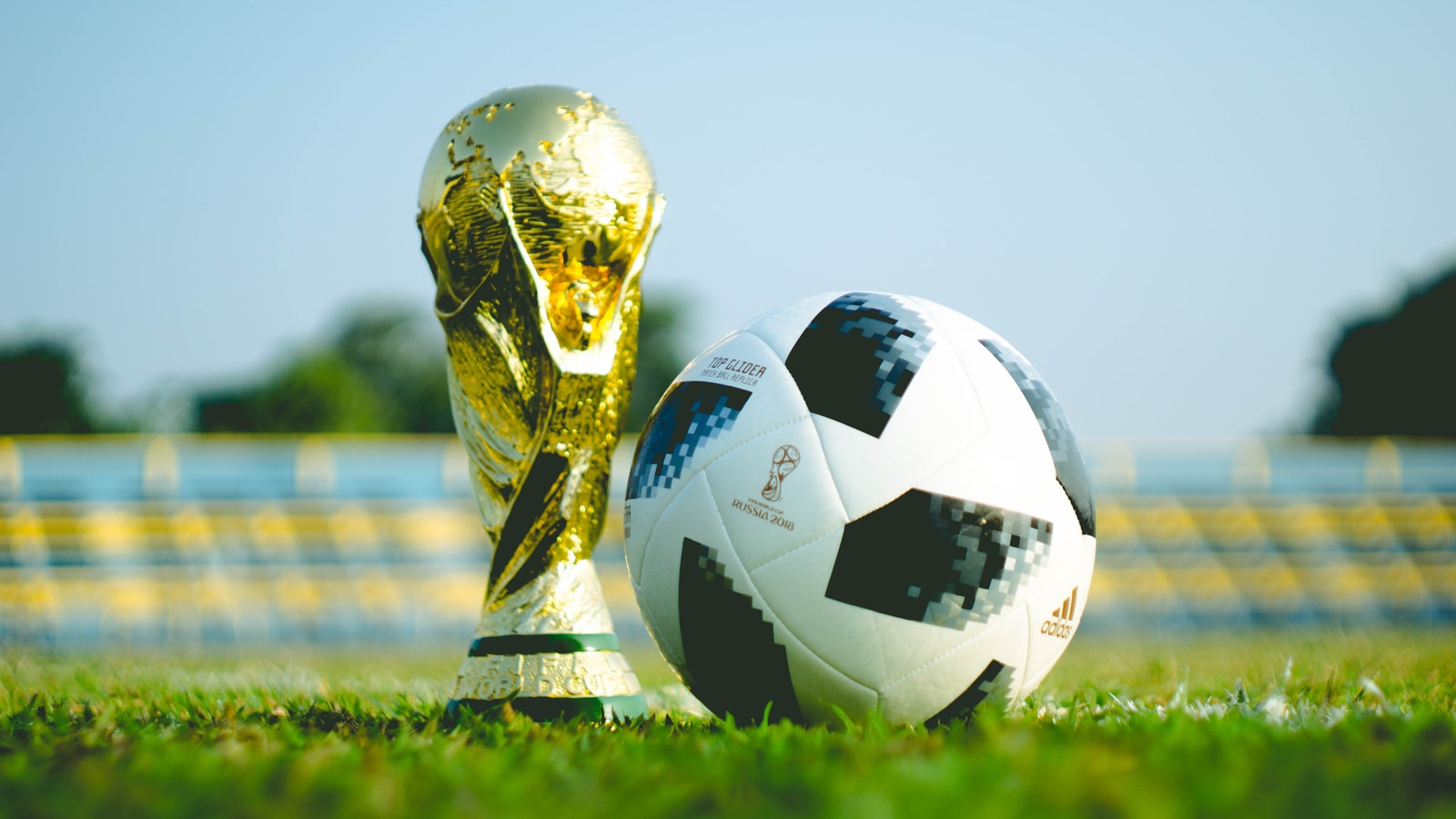 The 2022 FIFA World Cup will be the 22nd FIFA World Cup competition. The tournament is scheduled to take place in Qatar from 21 November to 18 December 2022.

After years of preparation, the mega event is only a few months away now. Since quite a few years, the preparations were going on in full swing in all of the 8 stadiums. FIFA Arab Cup was also held late in 2021 to test the preparations.

The FIFA World Cup 2022 will be the first-ever championship to be held in the Gulf region and is also the first tournament not to be held in May, June, or July.

Due to temperature conditions in the Middle Eastern country, all the stadiums are eco friendly and their temperature will be controllable.

After the championship is over, approximately 170,000 seats will be disassembled and will be handed to developing countries to help them develop their sports infrastructure.

Let’s take a look at the 8 world cup stadiums in Qatar which will be the venue for different matches of the auspicious tournament. The World Cup 2022 will be an absolute dream for all the football fans specially those residing in Middle East Region.

Stadium 974 is a temporary stadium and is one of the 8 World Cup stadiums where matches of the FIFA World Cup will be held in late November. The reason it’s called 974 is because Qatar’s international dialling code has the same 3 numbers. Even the shipping containers used in this stadium’s construction are of the same number.

The stadium is meant to be dismantled after the tournament and can be reassembled anywhere in the world . It is the first FIFA World Cup stadium of its kind and is built and paid for by Qatar.

Stadium 974 is naturally ventilated since it is built on the shores of the gulf and has an intriguing design concept. It has a capacity of 40,000 spectators. The stadium not only offers dazzling views of West Bay but is also built with less material than traditional stadiums are built with.

The architect behind this creative piece of art is Fenwick Iribarren, based in the Spanish capital Madrid.

To reach the Stadium, fans can use the Doha metro and then take shuttle buses from the nearest station.

Lusail stadium is located in the Al Daayen section of Lusail city and will host the final ceremony for the 2022 tournament. Having a capacity of 80,000 spectators, the stadium was inaugurated in 2021 and will be turned into a multipurpose community hub with sporting facilities, clinics, shops, cultural events, etc.

The stadium will be the biggest venue for the 2022 FIFA World Cup and will host some crucial encounters during the tournament.

Talking about the design structure of the stadium, the arena features artworks, vessels, and bulls representing the Islamic and Arab world during early civilizations. It is surrounded by water and lush green spaces and looks absolutely ethereal. The advanced lighting system adds to the beauty of the place as it represents a stunning sight at night time.

One of the most iconic and notable stadiums in the Middle Eastern country, Khalifa International Stadium was built in 1976 in Al Rayyan to host the flagship venue for the 1976 Gulf Cup and has been upgraded several times in the last few years.

The redesigned stadium was expanded in 2005 to serve as the centerpiece of the 2006 Asian games which was hosted by Qatar. It has a hosting capacity of approximately 45,000 spectators. The stadium was naturally proposed to be one of the playing venues when Qatar got awarded the 2022 World Cup in 2010. Still, upgrades were needed.

The renovation began in 2014 and was completed in the summer of 2017. The stadium was also the first 2022 World Cup stadium to be ready for the event.

The stadium is equipped with an innovative cooling technology to help players compete at a comfortable environment. It is also the centerpiece of the Sports Complex Aspire zone.

It is situated in the heart of a knowledge center nurturing tomorrow’s leaders and its location has been carefully chosen keeping accessibility in mind. The stadium has a design that draws on the rich history of Islamic architecture with the perfect blend of striking modernity.

The stadium is meant to serve the sustainable, eco friendly, and healthy living needs of the upcoming generations.

The Education City Stadium is equipped with a unique cooling system and surrounded by lush green spaces. The hosting capacity of the stadium is 40,000 seats and will be reduced to 25,000 seats after the World Cup ends. The additional 15,000 seats will be donated to developing nations.

The stadium is diamond shaped and appears to change colors as the sun moves across the sky. The surroundings of the stadium are quite interesting, and there are a few restaurants and shops that visitors can visit. For anyone searching for a hotel near education city, the Premier Inn Doha Education City is situated a few kilometers away from the stadium and you can go there through a taxi.

Designed by British Iraqi architect Zaha Hadid, Al Janoub Stadium was unveiled to the world in 2019 during the Amir Cup Final. The stadium is located outside the town of Al Wakrah And draws inspiration from the sales of traditional dhow boats used by Pearl divers and fishermen.

The stadium is surrounded by big roads, residential neighborhoods, and parking lots. For anyone looking for hotels near the stadium, there are a few hotels in central Al Wakrah. But the Al Janoub Stadium is still a taxi ride away from Al Wakrah.

As the football fans approach the stadium, they will be greeted by beautiful Parkland and the arena’s elegant architecture.

The nearest metro station to the stadium is the Al Wakrah metro station. The stadium also has a kids playing area, a walking and jogging track, and open gym equipments.

To reach Al Janoub Stadium, fans can take shuttle buses after traveling from the Al Wakrah metro station. The stadium is 5 kilometres away from the metro shuttle stop and if you want, you can easily walk from there.

Located 12 kilometres South of Doha, Al Thumama Stadium Is truly a magnificent piece of art. The stadium is designed by a Qatari architect Ibrahim Mohammed Jaidah.

Al Thumama Stadium was inspired from the ‘Gahfiya’- The traditional Arab head cap worn by males in the Arab region. With its intricately designed exterior, the stadium is truly imaginative and dynamic. It has been designed to celebrate the Arab culture and traditions and its name is derived from a tree that grows locally in that area.

The stadium has a hosting capacity of 40,000 and will host matches during the FIFA World Cup later this year, up till the quarter finals. The stadium carries a lot of significance for the country, since it pays tribute to an important piece of clothing that is proudly word by Arab men.

After the World Cup ends, half of the seats will be donated to other developing nations.

In addition to the sporting facilities, the stadium is surrounded by a mosque, a boutique hotel, and retail areas. According to the architect, just as how the Gahfiya Protects men’s heads from the scorching sun, The stadium will also keep the spectators school with its advanced cooling methods.

To reach Al Thumama Stadium, fans can use the Free Zone Station located in Al Wakrah.

Built in the Northern port city of Al Khor, Al Bayt Stadium is enclosed in a tent-like structure and will host the inaugurating match of the FIFA World Cup 2022 which will take place in Qatar.

The stadium will host 9 matches up to the semifinals and is going to be the second busiest venue during the world cup.

The Stadium derived its name and model from Bayt Al Sha’ar- traditional nomadic tents used by people in the Gulf region. The construction of the stadium evokes the rich history of Qatar and features a retractable roof covering all the spectators from the scorching heat of the Middle Eastern nation.

With beautiful landscapes around, the Al Bayt Stadium has a hosting capacity of approximately 60,000 and displays Qatar’s rich history through its structure while keeping an eye on the future of the place.

It’s upper tier seats will be removed after the World Cup 2022 and will be donated to developing countries. The Stadium has been built keeping sustainability in mind since Parks and greenery surround the area.

It is considered one of the most distinguished, sophisticated and most beautiful football stadiums ever in terms of design and architectural art. The outside of the Stadium is equipped with many facilities such as parking lots for private and service vehicles, prayer rooms and restrooms, play area for kids, etc.

To reach Al Bayt Stadium, one can take the metro from Doha, the nearest metro station from the Stadium is Al Riffa and then you need to walk for 10 minutes to reach the Stadium.

Ahmed bin Ali Stadium, also known as Al Rayyan Stadium was unveiled on Qatar National day in 2020 and is the fourth Qatar 2022 Fifa World Cup Stadium to be completed.

The most standout feature of the stadium is the façade that comprises patterns characterizing different aspects of the Middle Eastern nation such as family values, the beauty of the sand dunes, and elements which represent the Islamic and Arab culture. To top it off, these elements are integrated within a shield pattern representing unity and strength.

For the FIFA World Cup 2022, the stadium will have a hosting capacity of 40,000 which will be removed to half after the tournament is over. The advanced cooling technology and lightweight canopy of the Stadium will help the fans enjoy the tournament without interruption.

Located on the outskirts of Doha, Ahmed bin Ali stadium is part of a new development which includes the Mall of Qatar, which is one of the biggest modern shopping malls in Doha. For anyone looking to stay near the stadium, there is one luxurious hotel named Al Rayyan Hotel Doha.

Hope you enjoyed reading the article on world cup stadiums in Qatar. Are you planning to visit Qatar to watch FIFA tournament? Let us know in the comments below.